In recognition of World AIDS Day and as a long-standing supporter of HIV / AIDS awareness and research, and a partner with (RED), Coca-Cola is honored to celebrate the 25th anniversary of an iconic film like “Philadelphia” with the release of “The Last Mile.”

The Coca-Cola Company, through its partnership with (RED), celebrated the 25th anniversary of the movie Philadelphia with a mini documentary highlighting progress made in the fight against HIV/AIDS since the film’s 1993 release. (RED) was founded in 2006 by Bono of U2 and Bobby Shriver with the mission to make it easy for people and businesses to join the fight against the deadly virus. In 2011, Coca-Cola announced a multi-year partnership with (RED) to raise awareness for the Global Fund to help deliver an AIDS-free generation.

“With this film, we hope to educate younger viewers about the AIDS epidemic and what it was like in the ‘90s,” said Anne Carelli, senior manager, Integrated Marketing Content, Coca-Cola. “We want to highlight the incredible progress made over the last 25 years, but also note that the battle is far from over. The danger is taking our foot off the gas pedal, so we’re encouraging viewers to join us and (RED) in continuing to help make a difference in the fight against AIDS.”

The 25-minute featurette titled The Last Mile features interviews with Philadelphia  cast members Tom Hanks, Denzel Washington and Mary Steenburgen, and screenwriter Ron Nyswaner, who reflect on the making of the film and how it helped shift cultural perceptions about HIV/AIDS from fear to compassion.

The film includes footage from Mozambique, with a focus on the Project Last Mile partnership between The Coca-Cola Company, the Global Fund, USAID and the Bill & Melinda Gates Foundation to bring life-saving medicines and supplies to hard-to-reach communities across Africa. 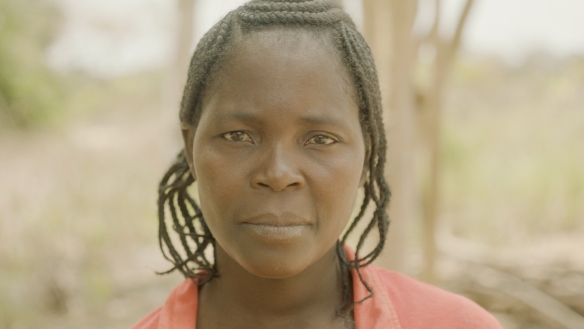 Viewers meet Veronica, a mother of six who rides her bike five miles round-trip – which takes about four hours – to pick up antiretroviral (ARV) and malaria medicines to deliver to her rural village of Quilimane, and Luisa, an HIV-positive woman who recently gave birth to an HIV-negative baby. Luisa is among the 22 million people living with HIV and accessing treatment.

Project Last Mile began in 2010 with a mission to transform the delivery of medical supplies in Tanzania in partnership with the local Ministry of Health. The initiative now supports communities in Ghana, Mozambique, Nigeria, South Africa, Liberia and eSwatini (formerly Swaziland).

Tapping into Coca-Cola system’s experience gained from almost 90 years in Africa, each project is unique and carefully designed to address local challenges in healthcare delivery. Project Last Mile partners with local Coca-Cola bottlers to build capability and share information with government agencies on everything from supply logistics and route to market, to planning and procurement, to marketing communications.

Projects are led by current and former Coca-Cola employees with relevant experience, and supported by volunteers from local Coca-Cola bottlers and business units.

Featuring interviews with Hanks, Washington and co-star Mary Steenburgen, the emotional short film reminds viewers of one powerful truth: even in the most desperate of times, we can still find hope.